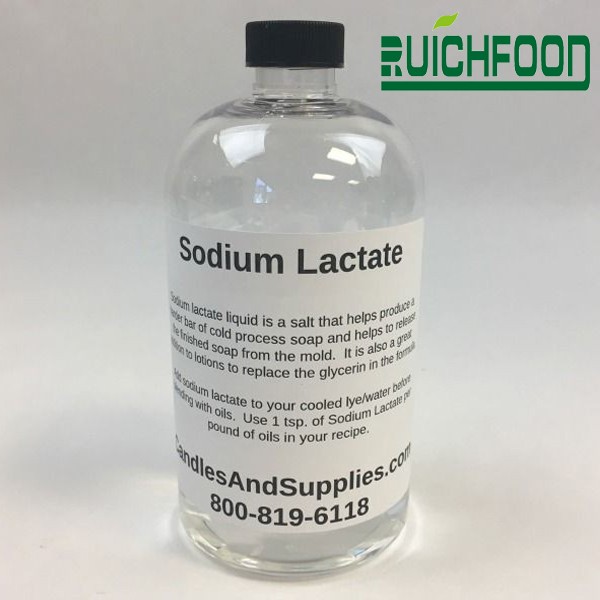 Sodium Lactate is the sodium salt of Lactic Acid produced by fermentation of a sugar source, such as corn or beets, and then neutralizing the resulting lactic acid to create a compound having the formula NaC3H5O3. As a food additive, sodium lactate has the E number E325 and naturally is a liquid product, but also is available in powder form. As early as 1836, sodium lactate was recognized as a salt of a weak acid rather than being a base, and it was then known that the lactate had to be metabolized in the liver before the sodium could have any titrating activity.

Sodium lactate commonly is used to treat arrhythmias caused by overdosing of class I antiarrythmics, as well as pressor sympathomimetics which can cause hypotension.